A New Chapter for Black Olympic Swimming With a gold and silver in Rio, two “lit gurls” turn the page on a difficult past | African-American News and Black History Skip to content
Tags

A New Chapter for Black Olympic Swimming With a gold and silver in Rio, two “lit gurls” turn the page on a difficult past

A New Chapter for Black Olympic Swimming With a gold and silver in Rio, two “lit gurls” turn the page on a difficult past

For 16 years, through Olympics in Sydney, Athens, Beijing, London and Rio, African-Americans swam under a microscope for their country.

Questions about oddity and identity weighed them down as they tried to outrace history and the competition. Finally, on Thursday night, Simone Manuel’s gold medal in the 100-meter freestyle turned a liberating page for black swimmers.

Trailing by an ominous half-second at the turn, Manuel used a furious closing charge to finish tied with Penny Oleksiak of Canada in an Olympic and American record of 52.70. Manuel is the first African-American woman to win an individual swimming medal at any Olympic Games.

After shedding tears on the medal stand while the national anthem played, Manuel thanked black predecessors like Cullen Jones and Maritza Correia in acknowledging the historic nature of her victory.

“The gold medal wasn’t just for me, it was for people who came before me and inspired me to stay in the sport,” said the 20-year-old Stanford University student from the Houston suburb of Sugar Land, Texas. “And for people who believe that they can’t do it. I hope that I’m an inspiration to others to get out there and try swimming.”

Decades after the end of Jim Crow laws that kept black folks out of white pools, African-Americans still have a complicated relationship with swimming.

If a parent can’t swim, there’s only a 13 percent chance their child will learn, according to a 2010 report commissioned by USA Swimming. The report found that 69 percent of black children and 58 percent of Latino children cannot swim, compared with 42 percent of white children. Black children drown at a rate almost three times higher than white children.

Rio is the first Olympics where the U.S. swim team has two black women — Manuel and her close friend Lia Neal, who won a silver medal in the 4×100 freestyle relay. Manuel and Neal fielded so many “black swimmer” questions leading up to their races, it threatened to slow them down in the pool. “That’s something I definitely struggled with a lot,” Manuel said. “Just coming into this race tonight I kind of tried to take the weight of the black community off my shoulders, which is something I carry with me.

“I’m super glad with the fact I can be an inspiration to others and hopefully diversify the sport. But at the same time, I would like there to be a day where there are more of us, and it’s not ‘Simone the black swimmer.’ The title ‘black swimmer’ makes it seem like I’m not supposed to be able to win a gold medal, or I’m not supposed to be able to break records. And that’s not true.”

Manuel’s father, Marc Manuel, played basketball at the historically black Xavier University in New Orleans, and works in information technology. Her mother, Sharron, is a pharmacist. Simone started swimming at age 4 because her parents wanted her to be safe in the water. She almost chose to pursue ballet before choosing swimming.

In Rio, coiled in her stance to begin the final, Manuel seemed to flinch just before the gun and did not get a great start. At the turn, she trailed by .47 seconds — the basketball equivalent of a 15-point halftime deficit. But Manuel started to close over the last 25 meters, and with 15 to go she put her head down and gutted out gold.

After the race she immediately hugged Neal, who also attends Stanford. They appear often together on Manuel’s Instagram feed — in the weight room, poolside in sunglasses, flaunting bikinis and ripped abs, and in a series of “Fleek Films” videos featuring “two lit gurls” on the road to Rio. “Lia and I have this very special relationship. I wouldn’t be where I am right now without her,” Manuel said.

Neal, 21, whose father is black and mother is Chinese-American, was born and raised in Brooklyn, New York, and speaks Mandarin. She said the constant questions about being a black swimmer can be difficult, “but I think that’s just what comes with the territory of making history. You’re going to be faced with the question a lot, because it’s so new,” she said before Manuel’s gold-medal race.

“Even though I get the question a lot and I’m getting tired of it, other people who haven’t gotten the chance to speak to Simone or me, they’re all the more excited, so it’s fine.”

Tallying up the previous black U.S. Olympic swimmers is interesting.

The lineage begins in 2000, with Anthony Ervin, whose father is black and Native American and mother is Jewish. Ervin won silver in the 4×100 freestyle relay in 2000, and tied for gold in the 50 freestyle. After a long hiatus, Ervin returned to the 2012 Olympics in London and is now in Rio at age 35. 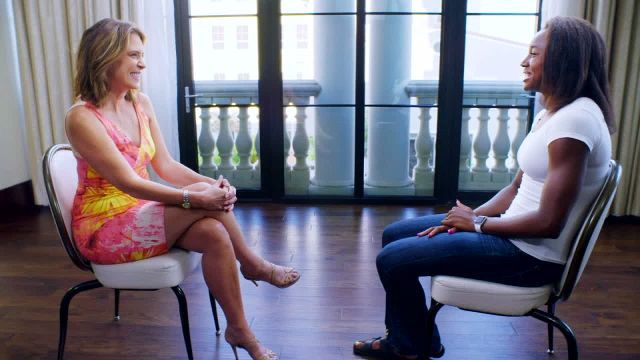 Simone Manuel talks to Hannah Storm about how she started swimming and the pressure of being an Olympian.

Ervin is fair-skinned with straight hair. In 2000, he was barraged with questions about being the first black Olympic swimmer, but “I didn’t know a thing about what it was like to be part of the black experience,” Ervin told Rolling Stone in 2012. “But now I do. It’s like winning gold and having a bunch of old white people ask you what it’s like to be black. That is my black experience.”

In 2004, Correia, also known by her married surname of McClendon, became the first woman of African descent to swim for the U.S. Olympic team. She was born in Puerto Rico to parents who immigrated from Guyana.

Neal picked up the baton in 2012, when she made the Olympic team at age 17 and won bronze in the 4×100 freestyle relay. She finished fourth at this year’s U.S. trials to qualify for the relay team in Rio.

Neal swam her Rio relay leg in 53.63, just .10 seconds faster than her time in the 2012 Olympics, and significantly slower than she had been swimming this year. Not participating in the final was “devastating,” she said.

“I was really upset after my race, just with myself. I was just like, why? I put so much more into these games than I did in 2012. Why didn’t it show?” Neal said.

She was in a funk until two days later, when the swimmers in the preliminary round received their medals during an impromptu ceremony with the women’s team.

“Just seeing it in my hand, I think that’s when all my negative thoughts and emotions just kind of went away,” she said. “My time may not have shown it, but I put in all the effort, and I did everything that I could have, so I’m very happy with where I am, getting a silver medal. One step up from my bronze in 2012.” 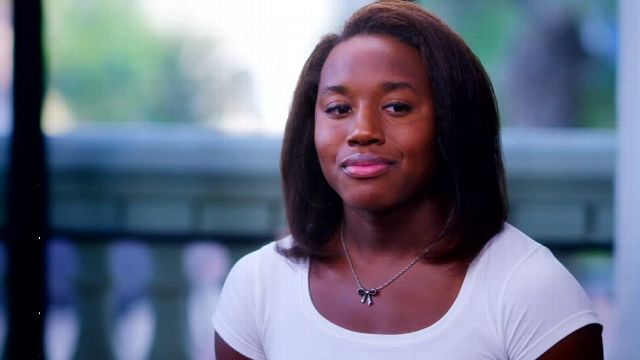 Simone Manuel wanted to quit swimming because she “didn’t have anyone that looked like’ her in the sport but encouragement from her parents and coaches as well as her love of the swimming kept her going.

What will she tell her grandchildren about being an Olympian? “It was the experience of a lifetime. I’ve grown to understand that 99 percent of the rest of the world will never have that opportunity. It was an honor and a blessing, and just very humbling to be able to be one of the few people to represent an entire country, and to also have your entire country supporting you.”

Not to mention the black community, which made Simone Manuel a top trending topic on Twitter after her victory.

“I mean, I went out there and swam as fast as I could. My color just comes with the territory.”

This story is featured on ESPN.com