Happy 29th birthday, Colin Kaepernick Let’s celebrate with the 29 reasons that he’s the most undefeated player in the NFL | African-American News and Black History Skip to content
Tags

Happy 29th birthday, Colin Kaepernick Let’s celebrate with the 29 reasons that he’s the most undefeated player in the NFL

Happy 29th birthday, Colin Kaepernick Let’s celebrate with the 29 reasons that he’s the most undefeated player in the NFL

Colin Rand Kaepernick was born on Nov. 3, 1987, though it wasn’t until 10,524 days later that the world would come to see who he truly was. On Aug. 26, 2016, people took notice that while The Star-Spangled Banner played before a NFL preseason game the San Francisco 49ers quarterback sat instead of standing to protest the injustices against African-Americans and other people of color in the United States. His protest turned into kneeling during the national anthem before games, but his efforts haven’t stopped there. Kaepernick has remained true to his cause, and through all the hate and backlash, has found solace in the support he’s gained.

Today marks his 29th birthday, which we celebrate with the 29 reasons that he’s the wokest, most resilient and certainly most undefeated player in the NFL.

1. He took a stand against the national anthem. LB Poly alum @Jurrellc among those making a statement before today's games pic.twitter.com/OC5II3Zf1n

Marcus Peters with raised fist during Anthem. Locked arms by #Chiefs. No one sat or knelt. #USA pic.twitter.com/zfHgrphj6l

5. Even outside of football.

Megan Rapinoe vows to keep the conversation going by kneeling for the national anthem as a nod to Colin Kaepernick. pic.twitter.com/DcqkVS5d4V

6. he pledged to donate his first $1 million of the season. 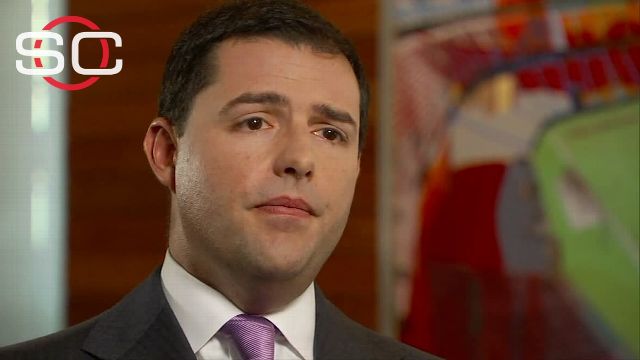 #VeteransForKaepernick because I didn't volunteer to defend a country where police brutality is swept under the rug. pic.twitter.com/LtBkTvHHAn

I serve for his right to protest.. I don't serve for Police Brutality.. #VeteransForKaepernick pic.twitter.com/Q6GUNTwHDO

9. so did police officers. 10. He even got President barack obama’s attention.

“When it comes to the flag and the national anthem and the meaning that holds for our men and women in uniform and those who fought for us — that is a tough thing for them to get past. But I don’t doubt his sincerity. I think he cares about some real, legitimate issues that have to be talked about. If nothing else, he’s generated more conversation about issues that have to be talked about.” — President Barack Obama

#49ers Colin Kaepernick wore a Black Panther Party T-shirt postgame (a gift from his girlfriend according to @ElliottAlmond) pic.twitter.com/yLuthEqLjO

14. He rocked the cornrows.

Colin Kaepernick is rocking the cornrows now. He's really out here doing it for the entire culture. pic.twitter.com/fyibCK9a94

Colin Kaepernick is now the 49ers best selling jersey. More of his gear sold in last week on the 49ers site than the past 8 months combined.

16. he made the cover of time magazine.

Cam: Oh you think you one bad motha.."

Kap: Shut yo trap, sucka! Just keep on shuckin and jivin for the man. pic.twitter.com/gIGX0BGnn3

18. and inspired cam to address the issues at hand.

19. He earned his starting job back.

20. And rocked this muhammad ali shirt before his first start.

21. He even proved he could still ball out.

22. He got OaKland, California’s support.

24. but then she apologized.

“My comments were inappropriately dismissive and harsh.”

26. And Makes sure kids know theirs, too.

“So, myself, my woman, our friends, we came together, we created the [“Know Your Rights”] camp that we wanted to bring to underprivileged communities. Starting first in the Bay Area, trying to reach San Francisco, Oakland, Richmond, communities that are truly affected by a lot of the oppressive issues that we’re facing today. And we want to help bridge that gap, give these kids resources to try to help them advance in life, and give them some of the same opportunities that other people have and have the luxury of having.” — Colin Kaepernick

27. He has no regrets about his protest.

“No, there’s not anything I would do differently because, once again, this is what I believe, and this is something I have great confidence in, great conviction in. There’s nothing that anybody is going to say that’s going to change how I feel about these issues.” — Colin Kaepernick

28. He inspired the best halloween costume of my life.