Kevin Durant and Draymond Green had a fight and other news of the week The Week That Was Nov. 12-15 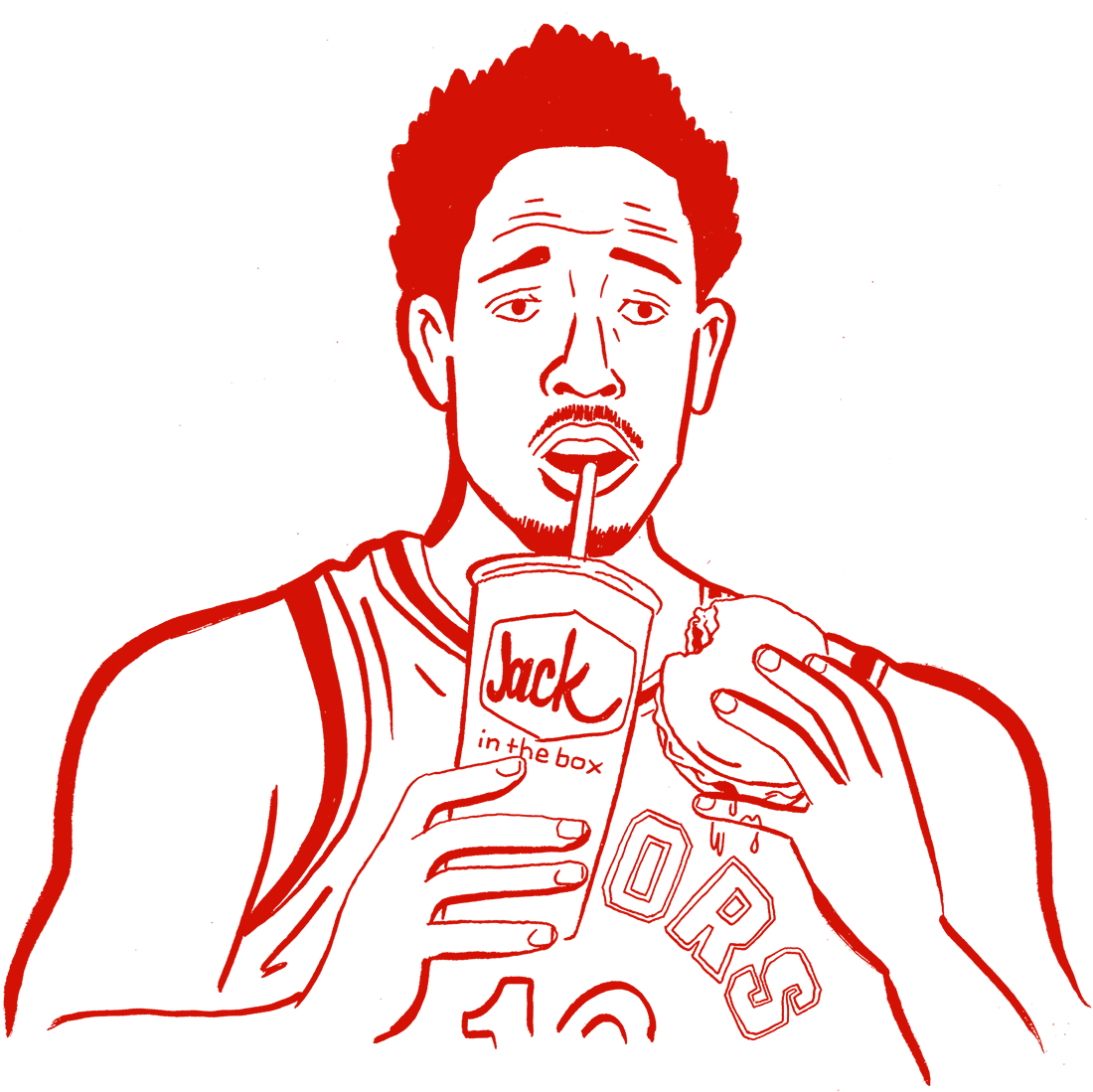 San Antonio Spurs guard DeMar DeRozan, proving that nothing goes right when thou forsakes Shake Shack, learned he was traded from the Toronto Raptors in July while sitting in the parking lot of a Jack in the Box restaurant. Like finally finding out how Jack Pearson died after all the teasing, the Buffalo Bills released quarterback Nathan Peterman. Hall of Fame football player Lem Barney — making a Papa John’s executive almost yell, “What’d he say this time?” — is suing Detroit-based Happy’s Pizza for racial discrimination after a manager at one of the locations allegedly told Barney he’d “be more at home” at the pizza chain’s predominantly black location. Like purchasing the Frosted Flakes that don’t say “Kellogg’s” on the box because they’re virtually the same thing, the New Orleans Saints signed receiver Brandon Marshall days after recently signed receiver Dez Bryant tore his Achilles. Oklahoma State football coach Mike Gundy, an “Obama” or “Benghazi” square away from completing his MAGA bingo card, blamed “liberalism,” “the snowflake,” “every millennial” and “entitlement” for the spate of player transfers in college football. 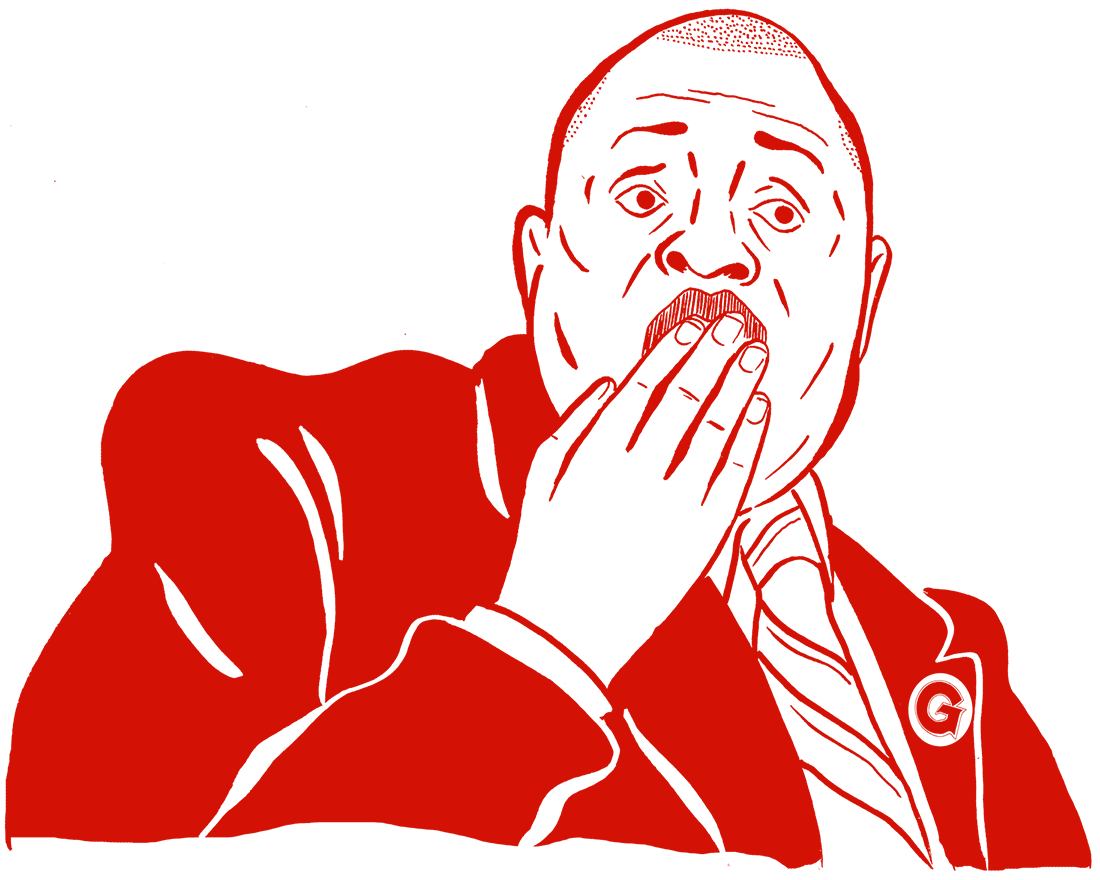 Georgetown men’s basketball coach Patrick Ewing, perhaps too consumed by the Jill Scott video, praised guard James Akinjo because Akinjo “showed some nut … uh, some big cojones today.” Golden State Warriors forward Kevin Durant, seconds away from saying, “Ain’t nobody coming to see you, Draymond,” was involved in a heated exchange with teammate Draymond Green after Green went “Leeroy Jenkins” at the end of the team’s loss to the Los Angeles Clippers. A New York Jets fan, who would be dead if he were born in Ohio, rear-ended another driver and was arrested by New Jersey police for DWI because he “drank too much because the Jets suck.” Warriors guard Klay Thompson, not understanding how metaphors or hair work, said the team will move on from the Durant-Green beef because “this thing will be in the past like a pony tail.” Detroit Lions offensive coordinator Jim Bob Cooter, testing the limit to which deference must be paid to a man named both “Jim Bob” and “Cooter,” told reporters he couldn’t respond to how well quarterback Matthew Stafford has played this season because that’s “Detroit Lions information.” 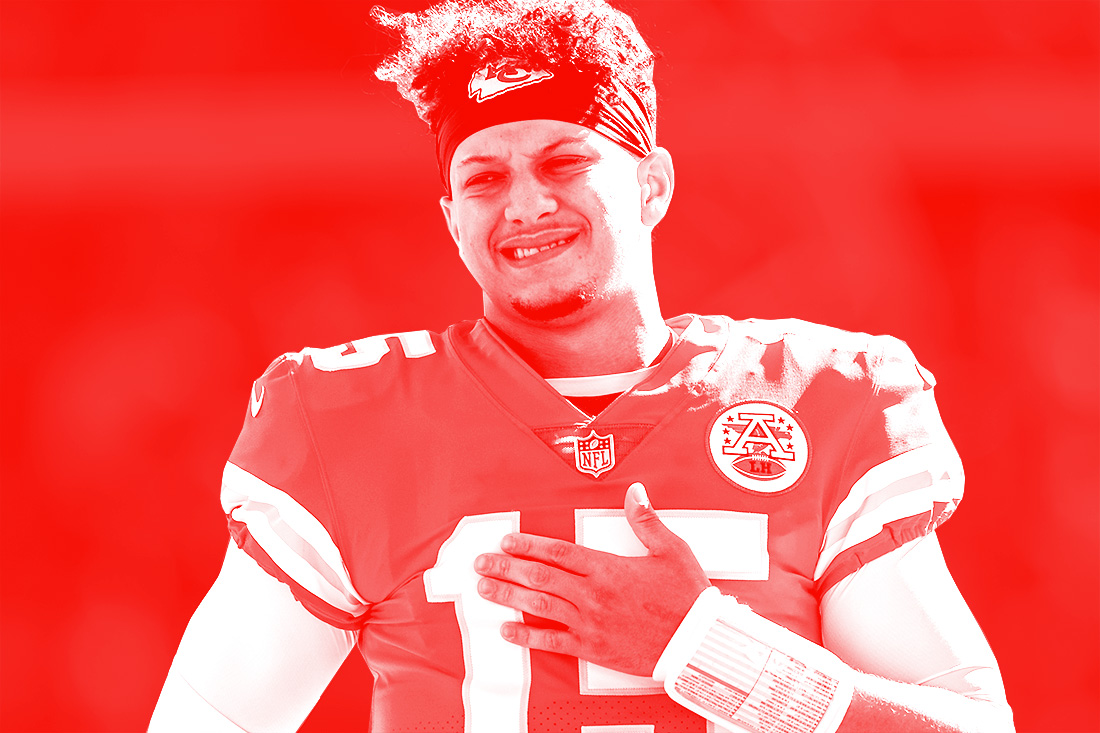 Kansas City Chiefs quarterback Patrick Mahomes, who at the very least doesn’t appear to use A.1. steak sauce, prefers ketchup on his steak. Warriors forward Andre Iguodala, foreshadowing Draymond Green asking Kevin Durant “how my a– taste?” and Durant alleging that Green pays off his mistresses, downplayed his teammates’ current feud by stating, “Shaq and Kobe ain’t like each other.” Carolina Panthers defensive tackle Dontari Poe, securing the bag by doing the bare minimum, earned an additional $125,000 in bonuses for weighing less than 331 pounds. Le’Veon Bell’s former teammates on the Pittsburgh Steelers, raiding a locker room like Jon Gruden when someone lets him out of his Good Guys box, playfully stole cleats and other items from Bell’s locker after he failed to report to the team this season. Minnesota Timberwolves owner Glen Taylor, who apparently could not see Jimmy Butler’s trade demand coming like birds flying into U.S. Bank Stadium, said the team “wasted some time” trying to persuade Butler to stay. 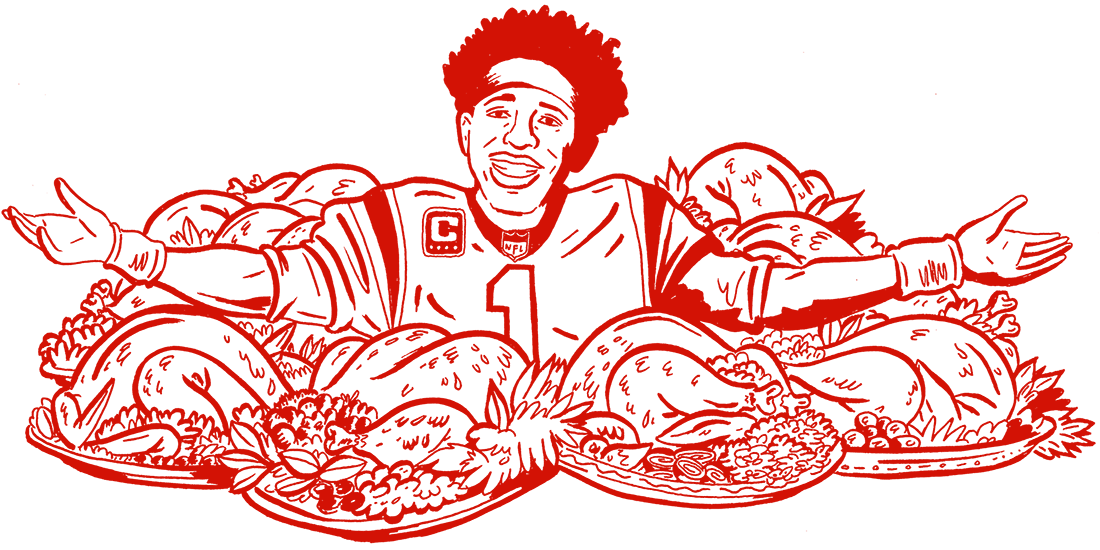 Panthers quarterback Cam Newton, who will negate all of this goodwill the next time he dances in the end zone after a touchdown, will provide more than 1,000 turkey dinners for children and their families for Thanksgiving. A former St. Louis/Los Angeles Rams defensive line coach, forgetting how Rocky IV ended and making the Rams hope the Philadelphia Eagles don’t turn around their season, compared Rams defender Aaron Donald’s body and power to Ivan Drago’s. Airheads, playing a little close to the fire, debuted a personalized flavor of its taffy treat for New Orleans Saints running back Alvin Kamara: watermelon. Seattle Seahawks quarterback Russell Wilson, forsaking the “Goodies” for a sub-.500 record, said that “no matter where I go in the world and no matter what I’m doing, I’m thinking about working out.”