Allow members of Basketball Twitter to design the NBA All-Star uniforms and have fans vote on one. But that would be too democratic.

Them NBA All-Star uniforms look like they on sale at a random rack in Marshall's or TJ Maxx.

Adidas did not end its run with the NBA’s uniforms well, according to many. Nike will take over the contract for the league’s apparel, which means we have one last season to endure what the German company wanted to do for All-Star Weekend. It’s also worth noting that jersey sponsorships are coming next season, so keep that in mind.

Ostensibly, there’s no clear link to what most of us think of New Orleans. Nor is there any reference to why the game is there to begin with, which is because the league pulled out of Charlotte, North Carolina, following the fallout from the bathroom law in North Carolina. However, the uniforms do pay homage to The Big Easy.

The 2003 NBA All Star jerseys were always my favorite. I remember Missy Elliot was wearing one on her MTV cribs episode haha

“The carbon and red Western Conference, and light granite and blue Eastern Conference uniforms incorporate aged metal treatment across the jersey font outlines and Adidas logo, as a nod to the French-inspired ironwork displayed throughout the city of New Orleans,” the company said in a press release.

But in general, these things are so difficult to get right. The warmups always look better than the uniforms themselves. And nothing works better than letting players wear their own jerseys, but those days are over.

NBA All Star Uniforms are uglyyy

jerseys. They look fine to me.

Here are some more shots of the gear. 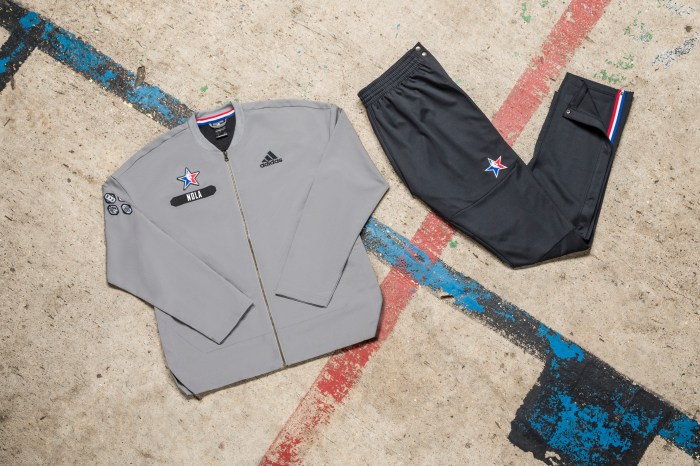 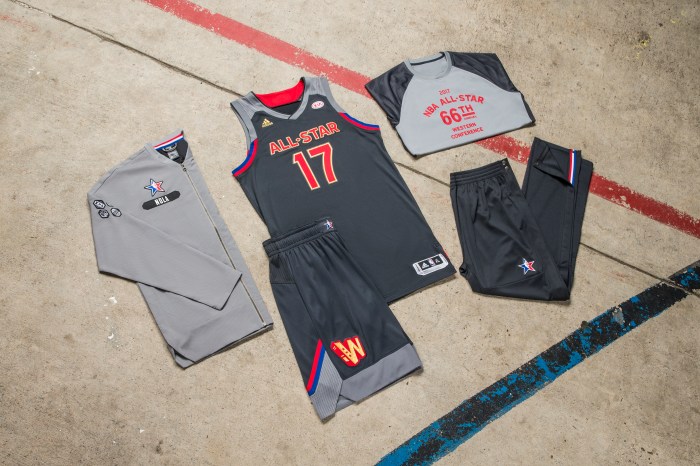 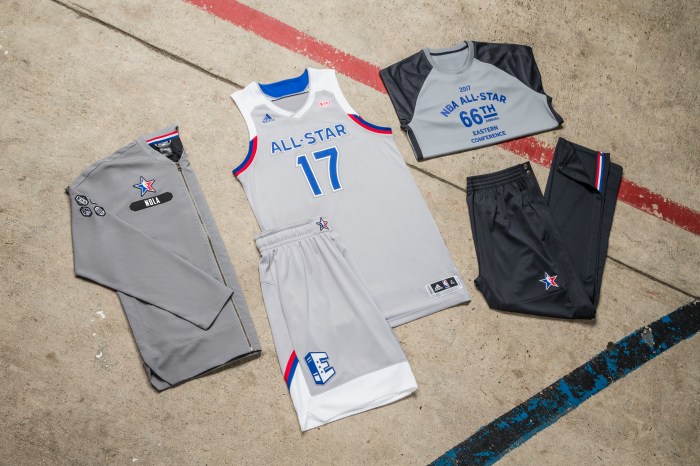