What Had Happened Was: 11/18/16 Oh, you don’t know? We got you. | African-American News and Black History Skip to content
Tags

Houston hosted Louisville, and Heisman Trophy favorite Lamar Jackson, on Thursday night with a chance for the Cardinals to bolster their playoff resume. The Cougars had other ideas, jumping out to a 31-0 lead by halftime and not looking back. 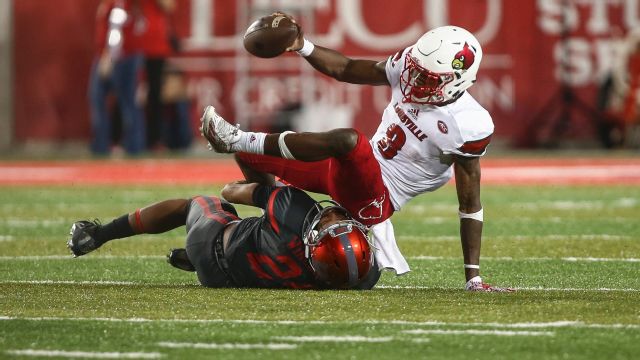 Stat of the day? Louisville gave up 11 sacks. Eleven.

Louisville's Lamar Jackson was sacked 11 times tonight. I don't care who you are, you can't win with getting your QB getting killed

Bruno Mars dropped his album 24K Magic late Thursday night, and it has got the fans going C-R-A-Z-Y. Waited four years for this album. Thank you, @BrunoMars.

That new #24kmagic album by @BrunoMars is slammin'. It has an 80's vibe. My favorite cut is "Chunky". Y'all need to cop that off iTunes

this new @BrunoMars album is unbelievable. his music never fails to inspire

This album’s got some potential cuffing season anthems.

When The Weeknd released the Full Tracklist pic.twitter.com/j1xlOa1L6z

Conviction upheld for Michael Dunn, who shot and killed 17-year-old Jordan Davis over an argument about loud music.

2. COME FOR THE JOKES

Lmao Drake is really out here looking like a proud dad

Yeah, that’ll teach him not to miss class. Meanwhile, the rest of these kids were actually shook.

When you miss class and coach makes you play JV that week
pic.twitter.com/guyHhJonzV